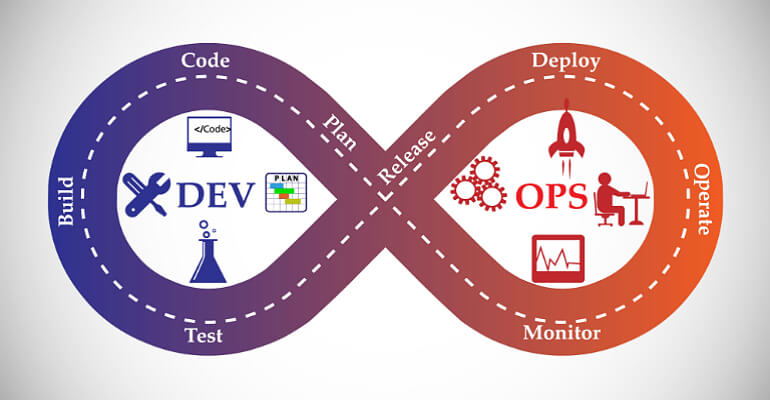 DevOps: What It Is, How It Works and The Benefits of DevOps For Your Enterprise

DevOps has dominated the IT industry in recent years, yet many people who should already be enjoying this service still don’t know what it is and how they can benefit from it.

Today, work environments are becoming quickly becoming more and more fast-paced, and the demand to fix issues and deliver services in the software development playfield is steadily rising. Consequently, the rush to produce high-quality outputs in shorter amounts of time, with minimal post-production errors, has produced the field of what is now called DevOps.

But what is DevOps?

DevOps was coined in 2009 by Patrick Debois who wanted to introduce a quick way to effectively deliver bug fixes, software updates, and features. The definition of DevOps varies among different people. Some like to think of it as a standard method, others think of it as a culture integrated with the world of Information Technology.

No matter the meaning attached, one must understand how to go about implementing DevOps to actually reap its benefits.

How Does DevOps Work and Why Should You Care?

In the past, the classic waterfall, or traditional model, was used in software delivery. This model necessitated delivery in a set of phases, with each phase heavily relying on each other. One completed phase provided the input for the next phase, and so on.

As a Software Delivery Life Cycle (SDLC) model, the model once seemed simple and realistic, but with the advancement in technological demands, critical shortages were revealed. 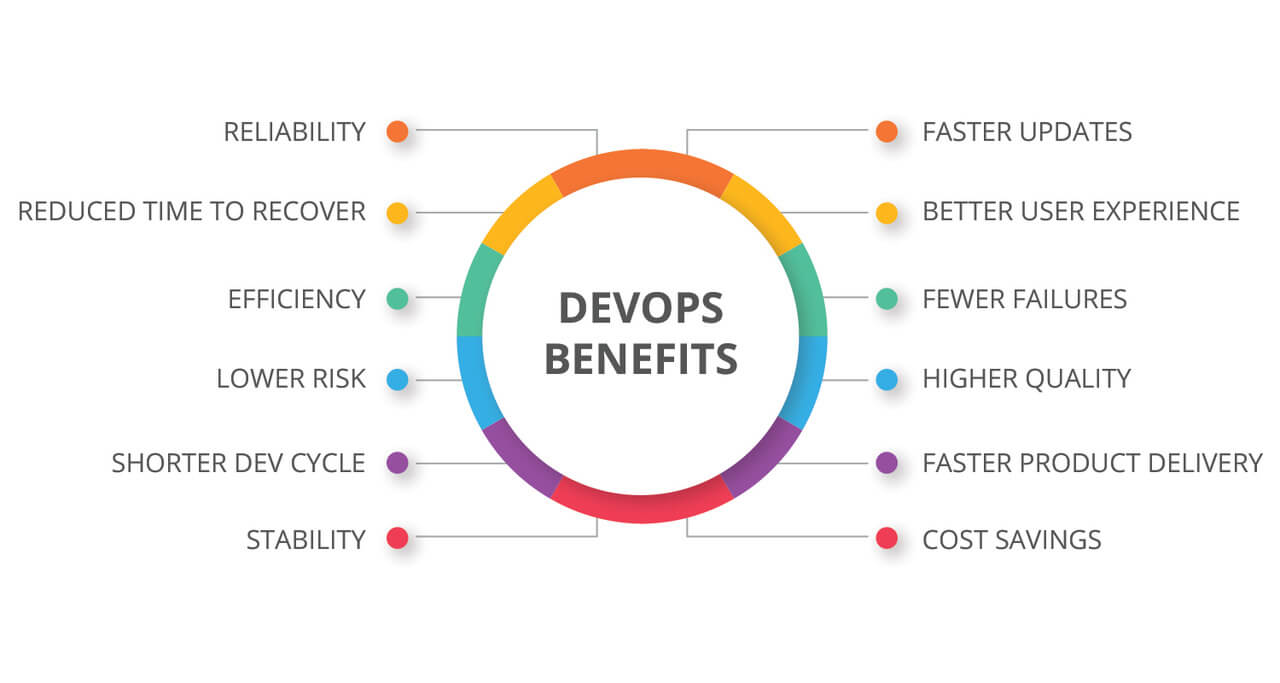 For one, businesses are fast-growing and becoming more and more complex. That means they are met with multifaceted problems that require fixes in real-time. Traditional SDLC models involved fixing a bug or adding a new feature, requiring at least 4-5 stages, which meant increased costs and delays.

The delays arise from conflicts and friction between collaborating teams that must deliver a stable software solution, take care of bugs, and respond to dynamic needs.

Delays not only cost the business, but they are also frustrating. They can certainly cause despair when dealing with time-sensitive projects.

With DevOps, this is much less of a problem. It’s a more inclusive model, combining development and operations teams to actively collaborate on a project. As a result, you get a shorter SDLC time that features faster feedback loops with frequent delivery of features and updates.

As already mentioned in the introduction, the traditional model of having a one-directional flowchart kind of a development approach where one completed phase becomes the input in the next phase is very inefficient as much it looks simplistic. Below are obvious pitfalls in this kind of SDLC model.

As already mentioned in the introduction, the traditional model of a one-directional flowchart kind of development approach, where one completed phase becomes the input in the next phase, is as inefficient as it is simplistic. Below are clear pitfalls that arise with this kind of SDLC model.

Because work progresses in fixed isolated stages, the customer only interacts with the delivered project at a later stage, locking out the possibility customer feedback for the dev team at every stage. They lose the ability to act on this feedback preemptively. Consequently, employees often work overtime to fix problems that could have been more easily cared for in an earlier stage.

The traditional SDLC method placed test engineers, maintenance teams, and software developers into three different groups who had to work in a sequential manner, limiting the level of empathetic communication that could occur among them. This misconfigured communication, along with the siloed structures, not only proves poorly coordinated and can lead to time consuming obstacles, but it also yields faulty outputs.

The old models require tests to be done in seclusion by unit forms. Under these models, producing a high-quality output is only a dream that cannot yield higher functionality and proper flaw detection.

Lack of continuous testing at every stage of development means teams end up with a lot of post-release errors like bugs that could easily be fixed if not for the silos across departments.

Benefits of DevOps to any business

Moving forward, how can businesses like yours benefit from using DevOps in their SDLC? DevOps is necessary for anyone looking to stay top of the game in a competitive market, and aims at delivering the best in class features to end-users on time.

Below are some of the benefits that await businesses planning to adopt DevOps.

Instead of in 2 week deployments, with DevOps you can deploy in 48 hours or less. Your customers will not only be excited about the speed of delivery of new features and updates, but your position in the competitive market is kept solid.

With DevOps’ best practices, you can safely improve your workplace stability using a steady and balanced approach that limits the tension normally experienced between teams when new releases, features, and bug fixes are due.

One of the key pillars of DevOps is the cooperation between operations and development, as well as the regular capturing of feedback. This means closely monitoring the quality of output, which is likely to cause significant improvements.

Traditional models fail when there’s a need to quickly and efficiently detect and correct problems. With DevOps, flaws are constantly tested through automation, allowing teams more time that can be used to frame new ideas. 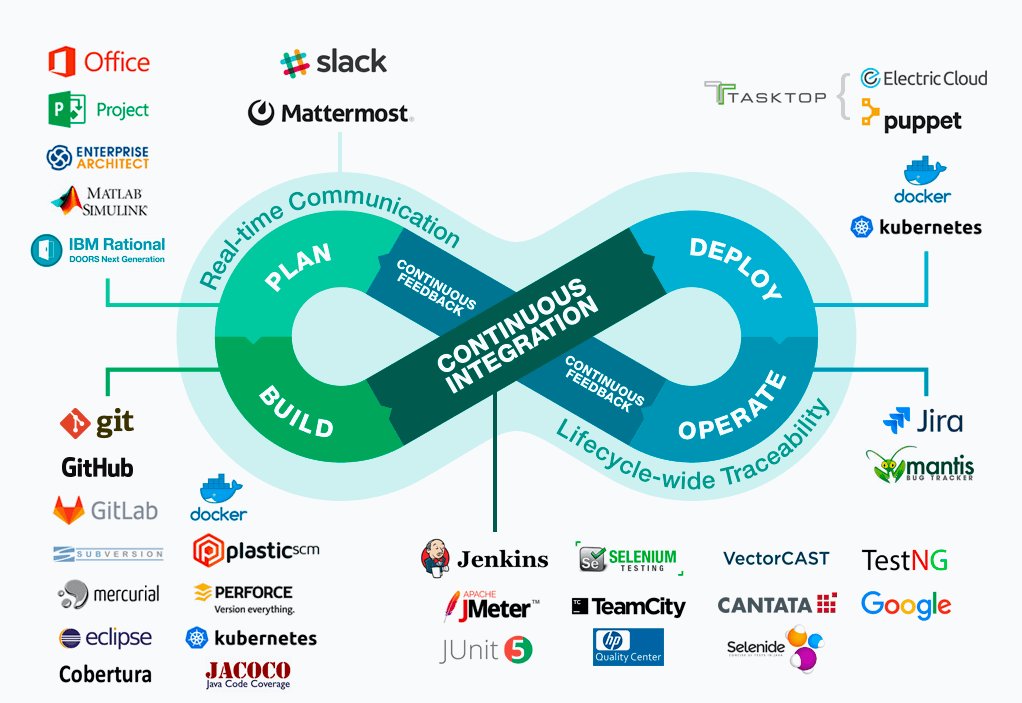 Today, everyone is encouraged to make their businesses agile to remain competitive. With the successful implementation of DevOps, obtaining scalability to catalyze business transformation is more possible than ever.

DevOps’ best practices demand that all departments join up in taking responsibility to maintain software stability and releasing new features. With this collaboration in place, delivering software is accelerated with limited disturbance.

With DevOps, you can be sure to manage technical errors with quick and stable solutions.

DevOps promote collaboration and eliminate silo(ing), which means communication is advanced among team members, driving them to focus in their specialized fields. This enables the promotion of efficiency and productivity among employees.

With proper DevOps strategies in place, it’s possible to cut down the production and management costs of your departments because both maintenance and new updates are unified under a single umbrella.

Introducing DevOps in your business is one of the trusted ways of staying current with your technology infrastructure and transforming your business to greater competitive levels. But, it’s important to understand that the implementation of DevOps is a journey. Good DevOps practices should meet you where you are in this journey and walk the path to continuous innovation until your goals are met.

Talk to Plumlogix.com today and let’s partner in transforming your business. 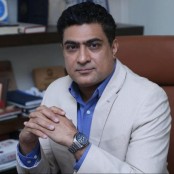 COVID-19 Safety Tips for You and Your...

As countries across the globe struggle to contain the novel coronavirus (COVID-19), it’s advisable to stay ...

DevOps has been trending more and more over the past decade, and there’s no surprise as to why. We all know...

3 Ways DevOps Can Increase the Value ...

Organizational data has become the key to business survival. Each day it becomes more and more critical. As...

Undertaking a Salesforce org review is now not an option for any business that wants to stay afloat and ahe...

DevOps Trends for 2020 and Beyond

Significant strides have been made since the introduction DevOps, and technologists continue to to create b...

DevOps has dominated the IT industry in recent years, yet many people who should already be enjoying this s...

Which is Better? Hiring a Salesforce ...

Salesforce managed services can really be a gamechanger for your organization if you sign up with the right...

Is It Time to Move from Excel Spreads...

When everything is going well in an organization, change tends to involve great friction. In most companies...

Your Competition is Already enjoying ...

The IT world is sometimes full of bizarreness that may overwhelm even the most strong-willed, especially wh...

Ever heard of CRM managed services? Let’s put a pause, for now. Look, it doesn’t matter the century y...